Mental Health Day is in Danger of Becoming Another Internet-Holiday 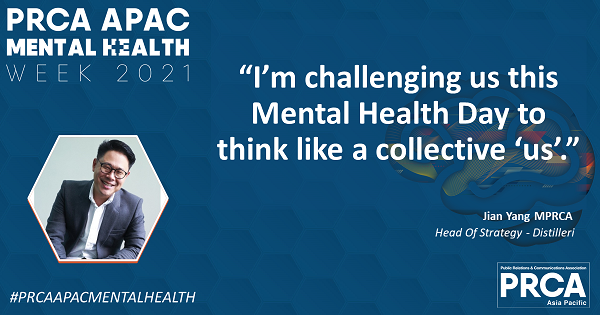 See, social media has given us excuses to raise our pickets and stand behind causes which we, let’s face it, may not fully believe in. I mean, I’m totally guilty of Instagramming myself with a Frappuccino without a straw on February 26th, then going the other 364 days of the year telling my friends how you cannot physically drink a Frappuccino without a straw because of the icy end bits. But the internet believed for that one day that I cared about our sea turtles, so that made me a good person. Right?

Now that October 10th is upon us, we’re all going to stand behind Mental Health. I did a quick Google and there is apparently a difference between Mental Health Month (in May) where we ‘raise awareness of those living with mental or behavioural health issues and to help reduce stigma’, and October 10th, which is a day now associated with ‘me time’, or taking a break from the stresses of life to focus on ourselves.

What really bothers me is that October is about ‘me’, which by default makes May about ‘them’. This sounds suspiciously like how I can march in a Pride parade because I’m not gay. Because I have the safety of knowing I’m outside. But supporting ‘them’.

I’m challenging us this Mental Health Day to think like a collective ‘us’. It’s something I feel strongly for because I’ve been part of ‘them’, and as a defence mechanism, I’ve rallied people behind me so that if we became a majority, we could be a vocal ‘us’ instead. It was a difficult battle, and I don’t even think I’ve succeeded. But I’m on the journey.

I own Asia’s largest Barbie doll collection. But I’m also a 41-year-old male with a wedding ring. I walk straight. I talk straight. I am, to all intents and purposes, manly. The greatest compliment I’ve ever received was “OMG I couldn’t tell that you play with dolls”. Or was it? That was in fact the biggest insult I’ve ever received. Because I felt for my community. Not for myself. Did I need to be a screaming queen to show that I liked dolls? How dare you?

I’ve been playing with dolls since I was five, and coming from an all-boys school, I had my fair share of fights which I had always won (My grandfather brought Aikido into Singapore. Long story.). So during one media interview, when I was asked if I was bullied as a kid, my simple answer was no. Simply because I had never allowed myself to be victimised.

That’s when I realised that life was something that all of us, to a large extent, can control the narrative of. I’ve always asked myself where that threshold was – I could easily have felt depressed or weak, and let that feeling of fear ruin my life. But I chose to let it empower me instead – to firmly say that this love for dolls and its associated societal judgement wouldn’t be the reason I die. It will be the reason someone else lives.

I lost a friend to suicide once. He was a doll collector, and a very talented artist. This was the 90s, and internet profiling was a new thing. He was effeminate, and wasn’t thin (in an era before we were all about body positivity). He wasn’t pretty either. So here was a fat, ugly gay guy who collected dolls putting himself out on the internet in the 90s to promote his art. The internet was not kind to him, and at just 24, this ‘dirty faggot’ (yes, that was how he was shamed) eventually took his own life.

I’m sharing this story because it was a turning point for myself. I wasn’t thin. I was so cross-eyed that my doctor recommended surgery at 12. But I made a conscious effort to become a beacon for the ‘regular’ guy who just happened to collect dolls. So I exercised. I bought statement glasses. I learnt to look at the camera at a slight 45 degree angle. I crafted a full internet personality which looked (dare I say it?) successful. I own a nice house, I drive a nice car. I’ve been beautifully photographed by the top photographers in the world and been styled for magazine shoots from Esquire to Harper’s Bazaar. I was one of 2012’s most eligible bachelors. I have done a TED Talk. I’m a successful career man, who somehow still has time and money to pursue his passions.

I’ve often questioned whether this was all a façade. Whether this internet image I’ve crafted was just a cover for my deep insecurity. Then it dawned upon me that this façade had become my actual reality. And that I created a narrative so strong, that even this fat 12-year old cross-eyed boy started to believe it.

And that’s also when I decided that I needed to use this personality to protect the ‘us’. Because to varying degrees, my doll community is feeling rejected, outcast or judged. We’re all fighting battles from personal image to keeping up with the Joneses. Many are struggling with sexuality or self-worth, but we’re all putting on a good show. But we’re not all as strong as our Instagram facades.

But this Mental Health Day, I challenge you to be bigger than you.

Four Questions About Mental Health Every PR Should Consider

Shedding Light on the Shadow Pandemic
Scroll to top