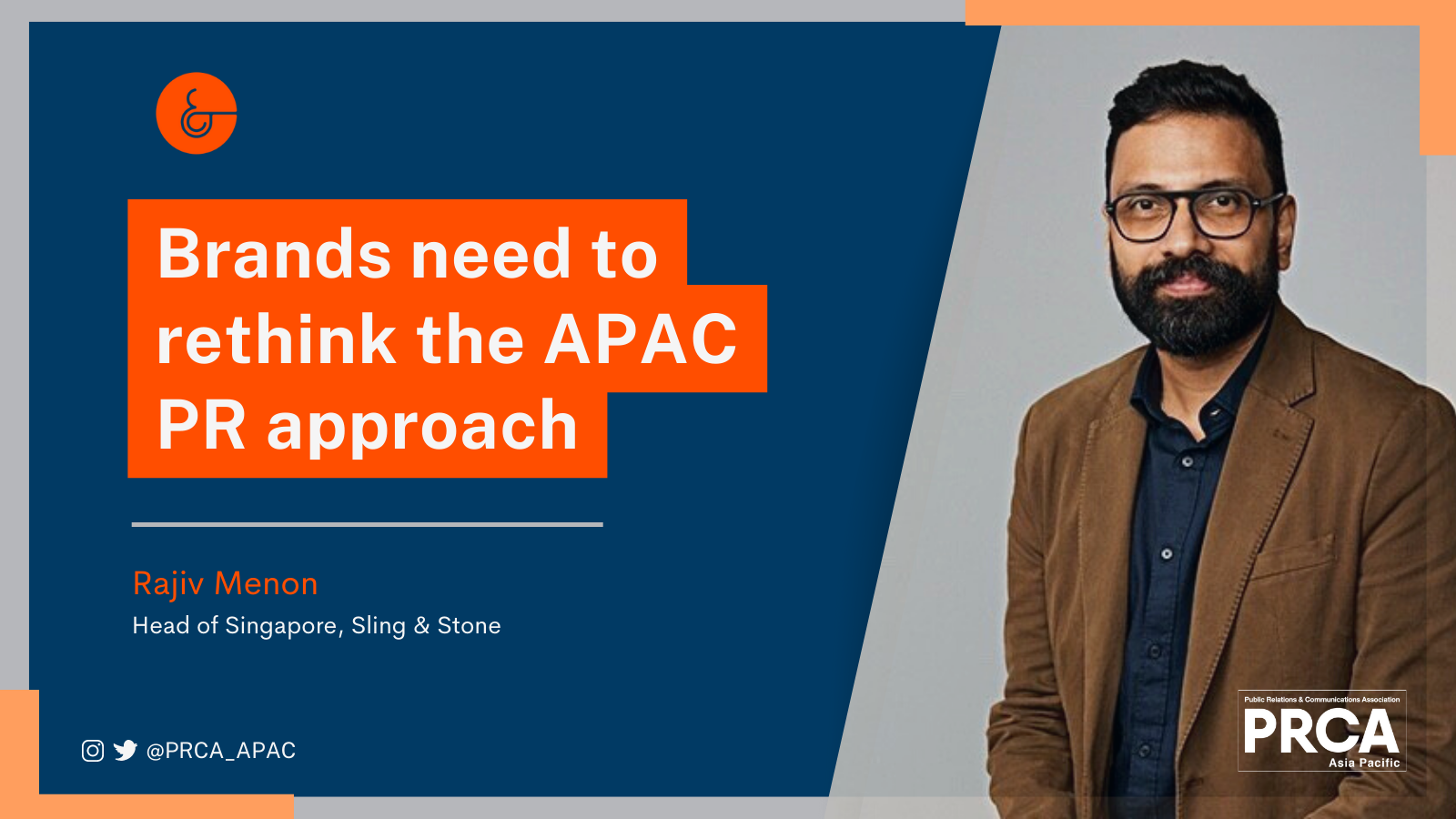 If I had a dollar for every time a client asked me to distribute a global press release in Asia-Pacific that had no relevance to the region, I could have probably acquired Twitter myself.

Don’t get me wrong. There are campaigns that have cross-market appeal and some companies have had great success in driving impact at a local level using global messaging and tactics. But how can brands foolproof their PR approach in APAC without leaving it to serendipity?

The objective of a public relations campaign is to attract the attention of a brand’s target audience, build an emotional connection and drive adoption. But if the campaign or the messaging does not resonate with the intended audience, then it’s time and effort invested in vain.

A one-size-fits-all approach to running PR can be problematic due to inherent regional cultural differences, media dynamics, priorities and preferences. Take advertising for example. A brand either needs a shared framework that relates to people from different cultures to interact with or the ads for different markets need to be personalised to the cultural values underpinning a specific market to attract and motivate its target audience in that market. This could take different forms – lucky numbers or colours in one country could mean the opposite in another part of the world. It fails the classic test of market segmentation; not everyone is the same.

Creative symbolisms need to be influenced by culturally distinct characteristics. When Coca-Cola first entered China, the drink was renamed to a Chinese phrase, ‘Ke-Kou-Ke-La’ that sounded like the original name. However, in the local language, it translated into ‘Bite the wax tadpole’. Whatever that means.

Or the infamous ‘Eat your fingers off’ by KFC – a translation in Chinese for ‘finger-lickin’ good. Brands are a lot more conscious these days when it comes to brand advertisements so why do we expect PR to simply follow a one-size-fits-all approach?

The Asia-Pacific PR toolkit is different and let me illustrate this with a couple of common expectations that need to be factored in.

Yay! We won a new client business (who has no relevance or brand recall in APAC)

Great news, but there’s very little ‘magic’ left, as far as the region’s media are concerned in covering these announcements. A decade ago, it was probably easy to secure press release coverage for such announcements.

Then why do brands continue to spend time and effort to issue global releases on such news?

The fact is some of these reports have a wide reach and are important for the business. For example, being featured in the Magic Quadrant or the Forrester Wave report sit well with procurement leaders, enabling them to evaluate their procurement needs and shortlist the right set of vendors. So, it’s business-critical for the vendors to ensure that these types of news are covered by the media and available in the public domain.

This can still be a media win for these brands. All it takes is to tweak one’s outreach strategy. The key is to engage extremely targeted media for earned press opportunities instead of a spray and pray tactic, while the wide distribution of the release should be managed via a newswire. The newswire tactic will help garner a satisfactory volume of coverage, while the targeted media engagement approach will provide a platform for more effective storytelling that’s not just limited to being named in a report.

The power of language

As obvious as it may sound, language plays a big role in communications – in how brands are perceived by their target audience, in being able to impact people’s buying decisions, influence change, and drive advocacy.

So trying to build brand awareness using content that’s in English in a market such as Indonesia is not going to work in the long run. From translating press releases and op-eds in Bahasa Indonesia to hiring a translator at press briefings, crafting localised messaging and terminologies to getting the nuances of the language is as important as merely translating content.

However, in Singapore, one can easily interact with journalists from Chinese or Malay publications in English and they will manage the content translations in-house if your story is compelling enough. While translations help, it’s not a prerequisite to engaging non-English language media in Singapore.

Client: Hey, this year’s going to be great from a data-led storytelling point of view. We are running a global survey and we are excited about how we can drive some great engagement in APAC.

Me: That’s awesome. Does the survey cover [insert any Asian country that’s relevant to the client]?

Client: Err.. no. While we pushed the internal team to include [insert any Asian country that’s relevant to the client], we weren’t successful. But if we can showcase some good stories from this survey, we are confident we will be able to convince them to include key Asian markets next year.

Well, unfortunately, this approach isn’t going to work in your favour. While in a market such as Singapore, you could get away with a story using regional survey insights, in most other markets, it’s important to showcase local data specific to a market – what’s in it for them, what are the local challenges and how can the brand help them address it effectively?

For example, focusing the spotlight and data points on the average credit worthiness of people from developed countries will have no relevance for people in Southeast Asia; a majority of whom have no access to formal credit, don’t own a bank account and are credit invisible.

So, if the APAC region is important to your business, do invest in a communication strategy that speaks to the regional milieu, understands cultural sensitivities, and influences local business drivers.

I’d actually make a tweak to that statement now – all that information sharing, and persuasion to modify attitudes and actions should be ‘relevant’. That’s the operative word.

Disclaimer: The examples cited above are largely how things play out in the APAC market and do not mean that’s how it always works. There will be outliers. Always.